If you are familiar with the name Churrasco, that is because I did the review about this restaurant more than two years ago. Churrasco review was one of my first ones. Back in those days, Churrasco had just one vegetarian dish in their all-you-can-eat arsenal. They even charged us extra for a bowl of vegetables. 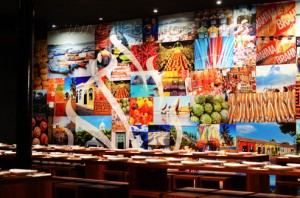 Since then, they have opened in two other locations, increased their quality, services, ambience, and last – but not least- they have also included vegetables! So, despite the unavoidable increase in price, the value was pretty much justified, considering that other high-end Brazilian restaurants also charges between these regions. Waitresses still go around the restaurant offering slices of meat to your plate. 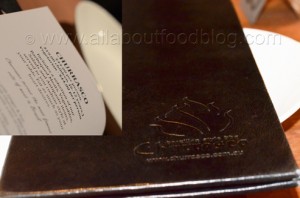 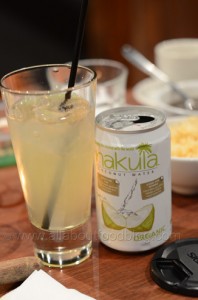 Let’s now start with the new menu, vegetables. I am still not a big fan of them, but at least they have my favourite, Rocket Salad with balsamic vinegar. They also added french fries, tomato and capsicum salad, eggplant and capsicum antipasto-style (not shown in picture). You can still get Zucchini and cheese. I will introduce other new stuff according to their classification. 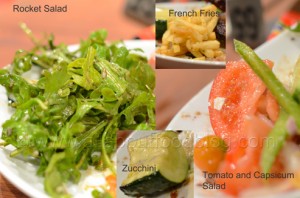 To get the real feeling of Churrasco, the next couple of pictures were from its skewers. Only Churrasco’s chicken range utilises this method. Their common chicken range is the Brazilian Chicken.  They also have a new Sweet Soy Chicken that was really yummy when grilled to perfection. Other chicken range includes: sausages, wings, and -the one I can never get enough of- chicken hearts. 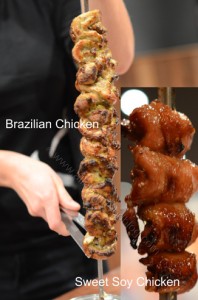 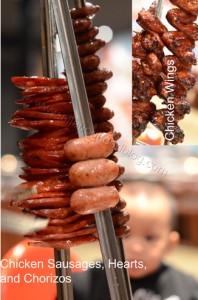 Special to Wednesday-only, Churrasco’s Beef Ribs are worth fighting for! The beef range has lots of staple food like Rump Steak and new Pepper Beef. They also have a couple more new beef in Chilli Beef and Mushroom beef. I didn’t get the pictures of their already-extensive beef range: Sirloin steak, scotch fillet, eye fillet amongst other things. Their condiments also got a little face-lift in the addition of Chilli sauce. Farofa is now strictly by request. They also trialled polenta, before they pulled it out of the menu. 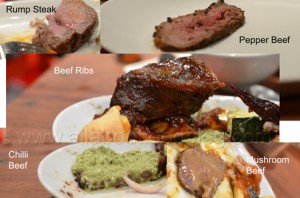 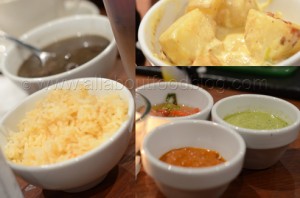 Lastly, the following dishes could be considered rarities since they were served once in like half an hour. Their newest range, Banana Fritter, was my instant favourite.  The banana was both crunchy and sweet. My previous favourites, cheese bread and grilled cheese were still served and tasted as good. Grilled pineapple is kind of a cat in the bag. You can sometimes get a really sweet one but other times it would be really sour. 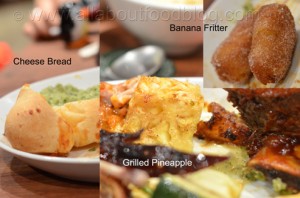 The final verdict for Churrasco – revisited

I would like to give more score for this restaurant, but its occasional inconsistencies in the way the dishes are cooked prevented me from doing so. The new additions to the menu gave us an increased experience to the dining in Churrasco. Although it is still predominated by meat dishes, I now leave the restaurant with much happier feeling and not stuffed. 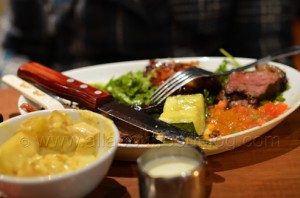