Sushi Tei Restaurant is one of the few success stories in Japanese chain restaurants. To be honest, when the Sydney branch opened I did not give the credit they deserved because I felt the Indonesian branches were an average and with the slightly more expensive price tag in Sydney, I thought the fee was not justifiable. Luckily, compared to my first visit, this one was so much better Japanese Cuisine.

In this place, you can order boxed sets or Donburi-style plates. However, the best feature of this restaurant is its diversity of choices. You literally choose from more than 100 types of dishes here. It ranges from fresh Sashimi, grilled gyuniku, to soup-based ramen. To illustrate this, we ordered 10 different dishes from (almost) each of its menu pages.

We started off with a simple Chawan Mushi, soft boiled white eggs with a chockfull of fillings, including the ever-present Naruto (fyi, it’s not a manga title!). Next was Salmon Maki, six mini rolls of Salmon Sushi wrapped in nori. These first two were staple dishes in a lot of Sushi places around town. Unfortunately, my knowledge of good Sushi rice is limited, thus I can only say it was rightly vinegared. 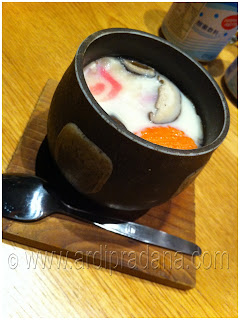 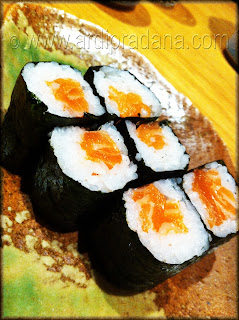 Our next two dishes were Chuka Kurage and Chuka Iidako. It is a little bit difficult to explain, but essentially they were Jellyfish and baby octopus. However, some people might not like the slimy and squishiness of these dishes. Shortly after came Wakame Salad. It was a sea of greens. 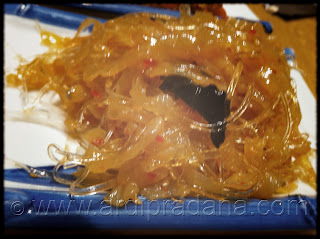 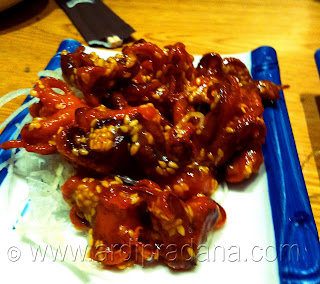 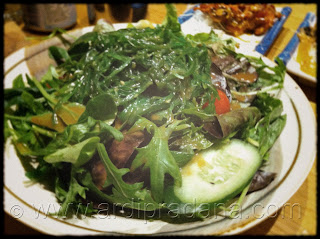 Our first main attraction of the day was Shiretoko. 6 kinds of Sashimi Moriawase were beautifully arranged in a shell-themed plate. The main attraction of it was the Swordfish and Sea Urchin. There was no better compliment that a Sashimi could get except by saying they were incredibly fresh. 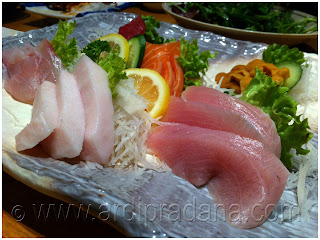 If you think that last one looked nice, you will be evenhappier with the next one. Aso Sushi was one hell of a Sushi Moriawase. 19 slice of Sushi (granted that 6 of them were the same kind) in pleasingly pretty colours. It was the most comprehensive sushi moriawase on the menu but unfortunately sea urchin was excluded from it. I would also really love to have scampi on the menu. 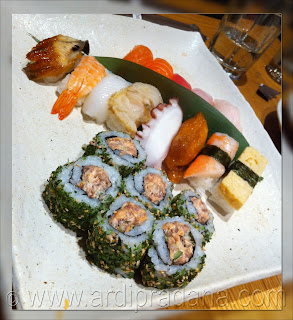 We also ordered, the always in good standard, Unagi Yanagawa. It was essentially, eel and eggs with burdock roots. It’s great when accompanied by rice. Meanwhile, there was another dare-to-be-different dish of Zaru Chasoba. It was an ice-cold, green tea soba with its clear soup. I liked the freshness that it brought to the mixture. 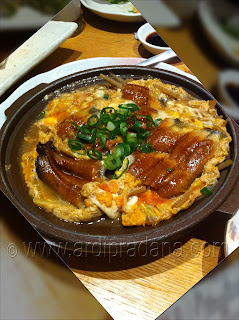 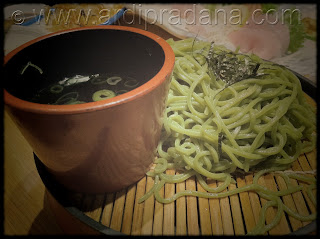 We saved the best for last, Gyuniku. Three lightly-grilled beef slices wrapped up generous serving of Golden Mushrooms combined in perfectly yummy teriyaki sauce. These elements gave us a crunchy mushroom texture and soft, tender beef. They were so good we actually ordered a second plate, enough said! 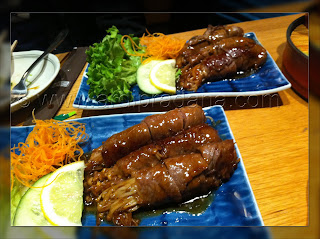 The final verdict: There are hardly any Japanese restaurants in Sydney as comprehensive as SushiTei. They could cater to just about everyone. In addition to that, the taste also did not disappoint, they were actually surprisingly better than Ithought. It could be a little bit expensive if you are not careful with what you order. Lastly, the one dish that you should always order is Gyuniku.

Sushi Tei originated from Singapore and is one of the most well-known restaurants in Indonesia. They provide nice and fresh seafood in a country where the products are notoriously hard to get.