When I first got invited to Charing Cross Pizza, my initial reaction was ‘Isn’t that a small pizza joint (that doesn’t even have a place to sit)?’ I drive past the place every day and that’s what I am seeing. Apparently, I was wrong. There was a bigger room right next to it with a complete set of table service. It’s a decent-sized Italian restaurant. 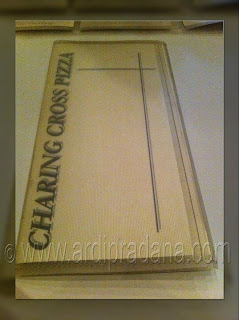 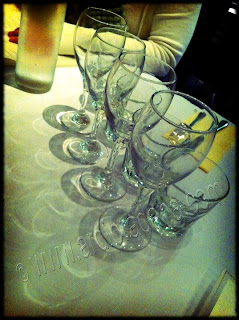 We ordered Herb and Garlic Bread and Calamari Rings for entrée. Since there were only 2 slices per portion, we decided to get 2 for the 4 of us. However, it ended up being 2 massive slices of bread. It was really yummy and crunchy so I didn’t really mind. The calamari was even better. They gave us 2 condiments, Aioli and Tartar, for the rings. The Aioli was very salty but tartar was excellent. It was the perfect sauce for the Calamari Rings. 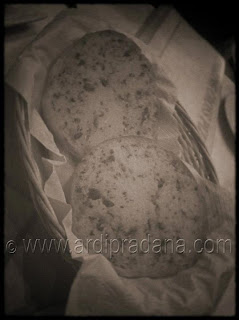 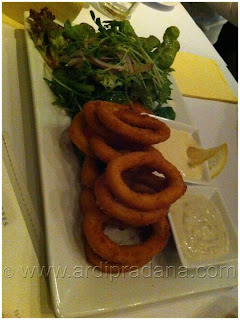 Our next dish was King Prawns Avocado Pizza. The toppings were actually yummy but the base was too thick (later on, the waiter told me that we could order a thin pizza even if it’s not on the menu). Then, there was Steak Dianne. I like the simple presentation of the steak and the beef looked mouth-watery. When I tasted the sauce, it was really nice. The steak itself wasn’t as nice when I tasted.It was dry and hard – imagine if I ordered more than medium rare. It also came with a bowl of salad. 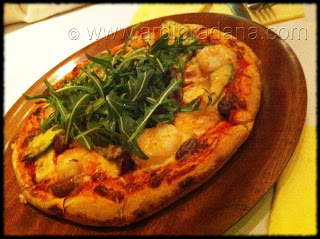 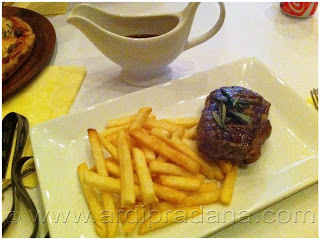 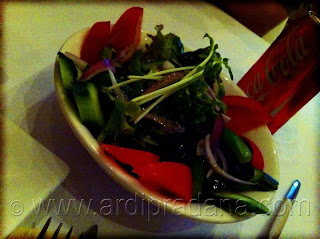 Lastly, it was the pasta. We ordered Fettuccini Boscaiola and Gnocchi Melanezze. The best trait of these pastas was the price, $12.50! They also came in a big pasta plate, so nothing can go wrong.  Boscaiola was very creamy with lots of toppings. For the Gnocchi Melanezze, I thought it was okay, although we could do with a little bit more cooking time for the Gnocchi to soften them up. It was also a bit salty. 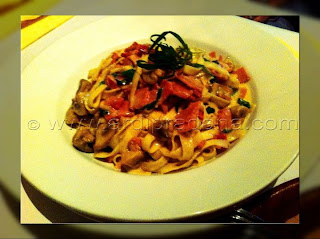 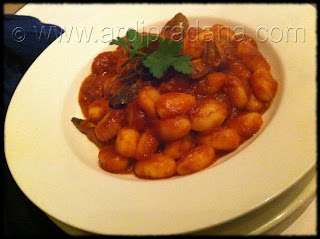 We were really surprised to learn that the pasta was mostly $12.50 a dish – and the dish was massive! We also thought that the calamari rings had a very nice tartar sauce, although the aioli was pretty salty. The pizza was too thick (although the waiter told us we could’ve ordered the thin one and it wasn’t on the menu) to my taste. We love the steak’s Dianne sauce, but unfortunately not the steak.

Charing Cross is located on the suburb of Waverley. It’s one of the smaller, and mostly residential, suburbs in Sydney.