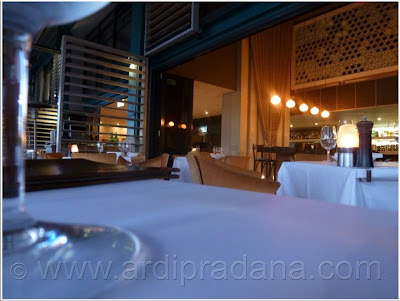 Velero Spanish Restaurant is one of the many restaurants reside in Woolloomooloo’s picturesque wharf. There was an atmosphere of nice fine dining and the waiters behaved in a professional manner. Since we’re in a nicer restaurant, we might as well go for the unusual tapas (it meant we skipped the Chorizos, or the other usual suspects) in Spanish Restaurant. 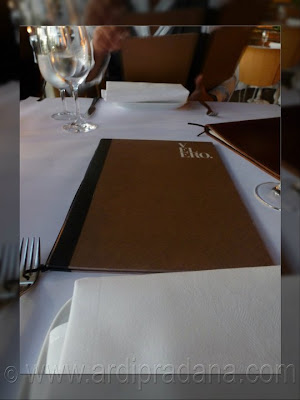 For our first tapas, we had Murcia al Vino. It’s a slice of goat cheese that was complemented by bread, dates, olive oil, and jam. The sweet and savoury combination was a good start to our evening. Our next tapas were the tummy-filler of the night, Patatas Bravas. Basically, it was diced potatoes with sauces of cream and tomato. It was one of the nicest patatas I’ve ever tasted. 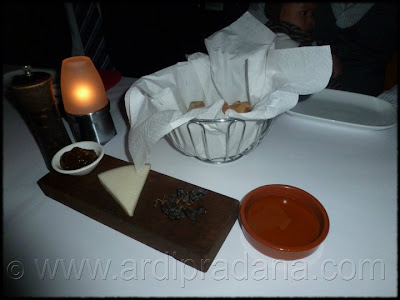 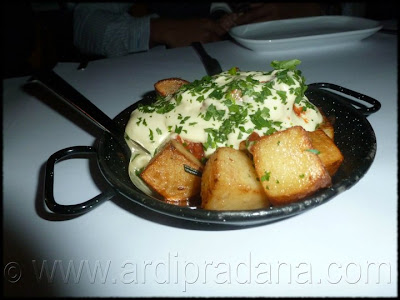 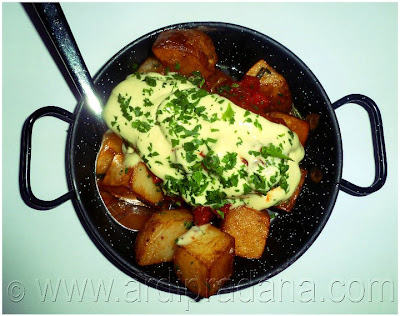 Then, there was Pulpo. Lightly grilled octopus on a bed of tomato salsa topped with watercress sprouts and fried onion! The fried onion was a curious addition to the dish and it actually gave a crunchy accent to otherwise a soft dish. Next was Carne Carrillera. It was a beef cheek wrapped in grilled capsicum with a side of onion paste and fried onion. The cheek was incredibly tender. Lastly, we have Entrana. Medium rare wagyu beef served with olives, pimento, and (possibly onion) at the bottom. You must use the bottom sauce bit or it would be quite a sour dish. 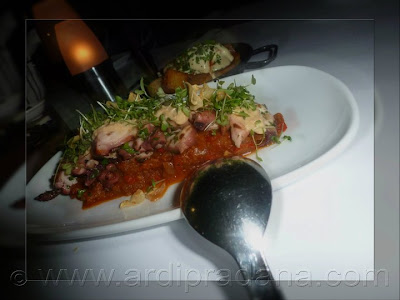 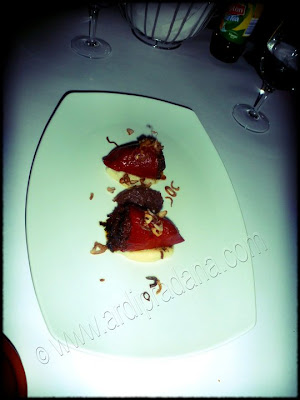 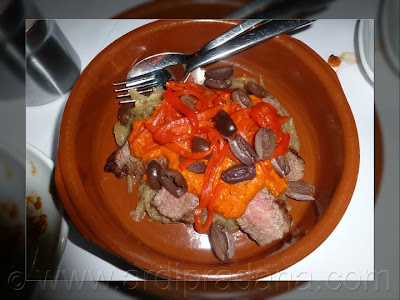 The main attraction for the night was Paella de Mariscos. It was really a delightful sight – a choked full of seafood in such a ‘tiny’ plate. There was only 2 halves of scampi, so you’d better hurry for them! We could also taste the saffron in the paella, which can only mean a good thing. Btw, we ordered paella for two, even though there were four of us. 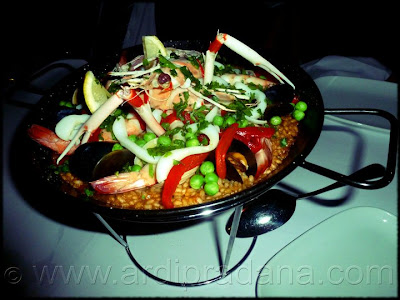 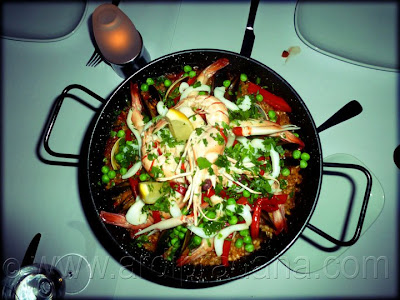 We also ordered 2 desserts for the night. The first one was Arroz al Horno, which was a rice pudding with caramelized almond, soft cream, and rhubarb. I really love the cream and the almond. It was the right thickness and it blended in nicely with the rice pudding. The size might be too small to be shared by four people. The second one was the always famous Churros. Unfortunately on this instance, it wasn’t that great. The chocolate was too bitter and runny and the churros had too much cinnamon sprinkles. 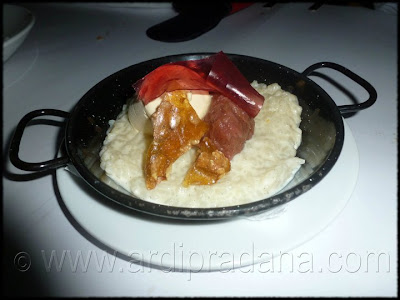 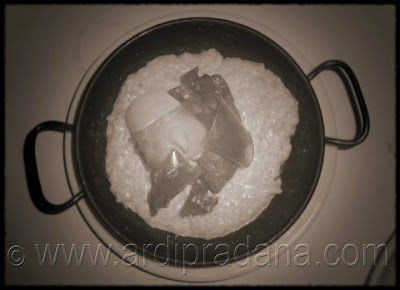 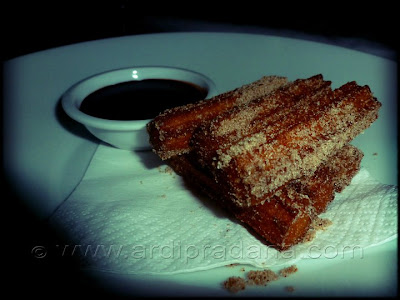 The final verdict: We were actually surprised that the evening turned out to be a memorable one. The food they served was amazing. Two dishes that stood out were the Patatas Bravas and Paella de Mariscos. I also advised you to try the first dessert. With the scenery, great table service, and nice food, I think this restaurant was my new favourite Spanish Restaurant. 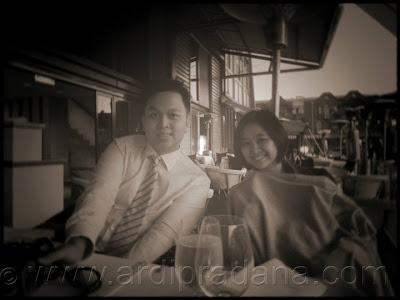 In the same wharf, there are plenty of nice restaurants to try. Some of them were also featured in the TV show, Masterchef.
The total bill for this restaurant can be reduced by up to 25% (or $40) when you used the Entertainment Book. You can get this book from participating Cancer Council or any other non-profit organisations. I strongly recommend you to get this book because in addition to donation for good cause, you also enjoy thousands of discounts.