A list of Good Food Guide 2013 winners was announced two days ago in SMH.

Our date with the restaurant was written in the Quay restaurant review in November 2010. We were drawn to it by the appearance of Snow Egg in Masterchef. 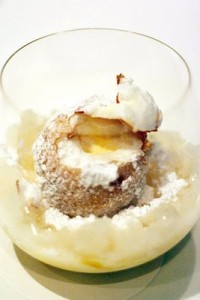 We have also visited the diner’s choice award recipient, Tetsuya’s

Later on this month – to be published next month – we will bring you another restaurant from the list, Tomislav

For a full list of winners in 2013, please visit SMH’s Good Food Guide.