Opened at the beginning of November last year, House of Crabs (written as House of .C.R.A.B.S. in their website) has become the ‘Talk of the Town’ in Urbanspoon. The restaurant’s specialty (can’t really call it ‘signature dish’ as there might be different combinations) was ‘The Boil’. 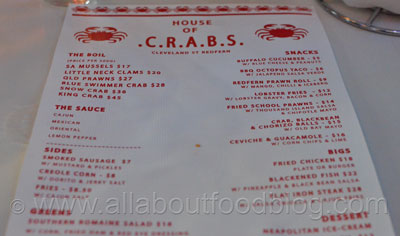 Before we talk about ‘The Boil’, let’s have a look at what they have to offer. The first one to arrive on our table was from ‘The Greens’ section Kale, bean, & broccoli salad w/ spiced sunflower seeds ($16). Kale is the keyword to healthy food these days, but sounded a lot like hype for me. We also had a plate of fried chicken ($18). I must admit that I wanted to order this dish because of the picture I saw in Urbanspoon. 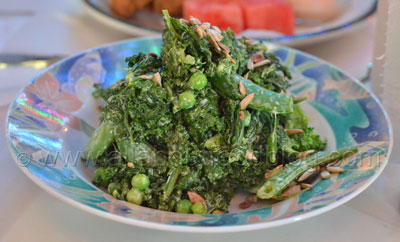 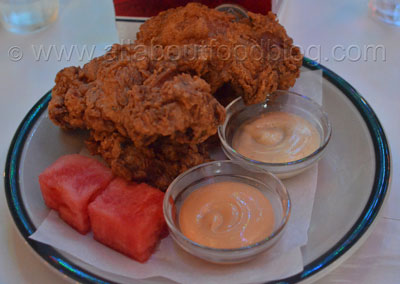 Personally, I think the best dish of the night was the lobster fries w/ lobster gravy, bacon & corn ($12). It was listed under ‘The Snacks’, but in reality it was quite big. I am pretty sure that there was no lobster in the fries, but the lobster gravy that generously covered the lobster fries was heavenly. You must not skip this one! We also ordered deep fried soft-shell crab ($15) from their Special Menu board. I love how the crab gave the complemented crunchy taste to our dinner. 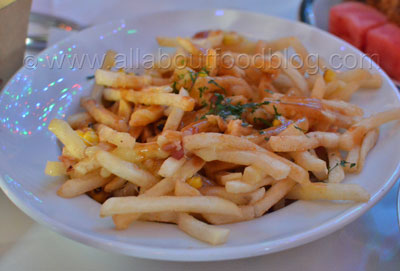 Now, onto the main course, that was called ‘The Boil’. The price that you see on the menu is based on 500 grams of the seafood of your choice. They have six different seafood dishes that can be combined with four different sauces. We had all the sauces, but only three different kinds of seafood. I didn’t try the QLD prawns ($27) with Oriental sauce, but the prawns looked pretty big! 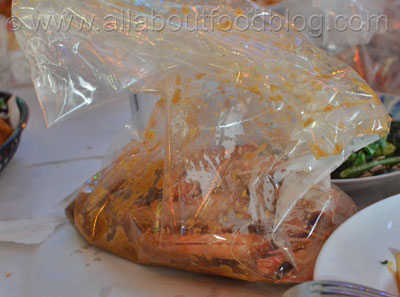 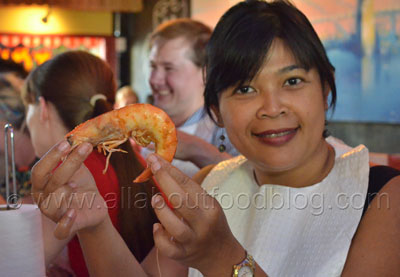 My first taste of the boil was the Alaskan king crab ($45) with Mexican sauce… and boy it was hot! We ordered two portions of Alaskan snow crab ($36) with Cajun and Lemon Pepper sauce respectively. It was quite hard to differentiate the king and snow crab because they were in a bag and the snow crab was actually quite big. From the four sauces, I quite like the non-spicy lemon pepper and the Cajun ones. 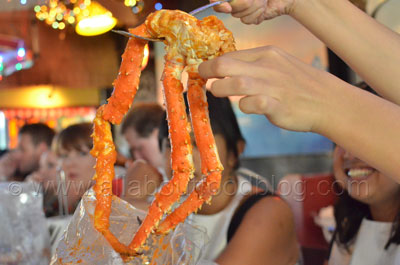 There was also a special edition of ’The Boil’ that featured QLD yabbies ($34) with special creole butter sauce. Some of us didn’t quite like the appearance of the peeled yabbies as they were quite dark and looked ‘un-fresh’. After browsing Google for how peeled boiled yabbies might look, it was certainly a lot darker than that! 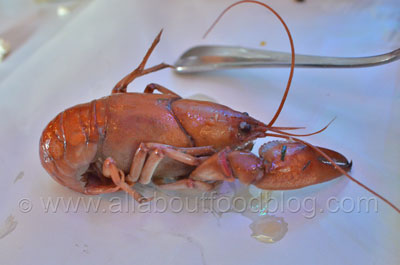 Lastly, the waitress explained earlier that they pride themselves of an ugly aftermath that showed that you really enjoyed the dish. I won’t post the aftermath because it was quite gruesome, but if you want to see, you can view the aftermath here.

The final verdict for House of Crabs

At House of Crabs, in addition to its specialty, the boil, you must also order its lobster fries.