For those of you looking at the price tag on this week’s restaurant, Sinma Laksa House, it might seem very excessive, especially if you know the restaurant inside out. Truth be told, I actually took quite a gamble when I invited my close group of friends to have a dinner here. The main reason why I wanted to eat in this restaurant was this solitary dish, Singapore Chilli Crab. I am comparing this dish with the original one in Singapore, chilli crab from Jumbo Seafood Restaurant. There were quite a few differences between the two. In Sinma, they use Mud Crab for the dish (at around $86 / kg). Ours was 2.6 kgs of Mud crab and it was gigantic! They also dumbed down the spice. I guess it would make it edible to the local tongue. I was actually very pleased with the crab (until I received the bill ^_^). 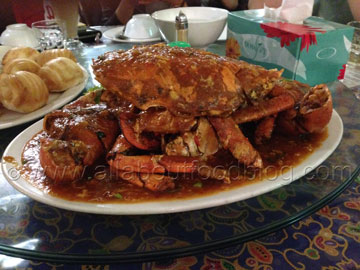 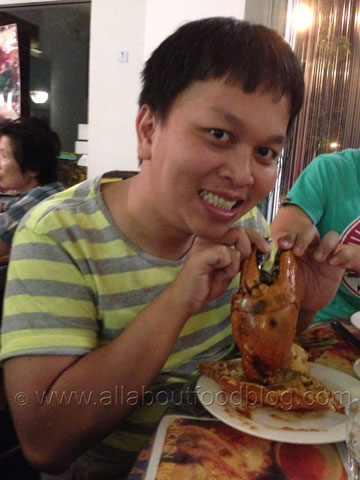 The second dish was a dish recommended by the waitress, Fried Chicken (?). It’s a very ordinary looking deep fried chicken dish with prawn crackers. The portion was also quite big tho. In contrast, the third one, Beef and Chicken Satay, was very yummy. They were grilled perfectly with sides of rice cake, pickles and onions. 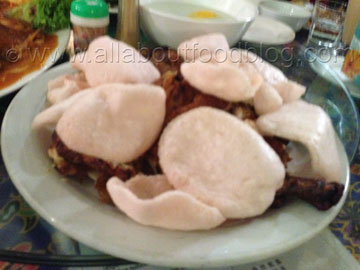 Our next highlight (and second most expensive dish) is the Steamed Barramundi with Ginger and Shallot. Together with the crab, they contributed to 2/3 of the total bill! However, they were really the top two dishes of the night. The soup base of the fish was fantastic, and the fish itself was succulent. 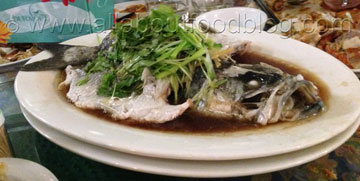 As you might know, I am not a big fan of the green stuff, but I think these next two were okay. Long Bean Belachan is a staple food in many Asian restaurants in Sydney. There was really nothing wrong with it, but nothing special as well. I quite like the Stir fried garlic asparagus for its crunchy and tasty asparagus. 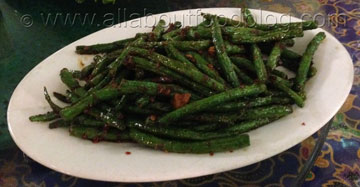 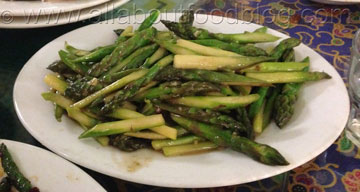 Last but not least, we ordered a dish that might need an acquired taste: Sambal Prawns and Petai. Petai (known also as stink bean) has a very unusual smell and was a perfect match for the sambal prawns. The only downside for this was the dish was brought out very-very late in the service (when everything else was practically finished). 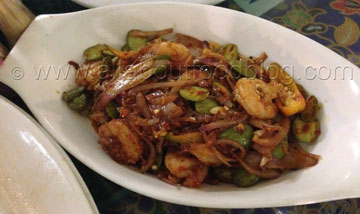 Sinma Laksa House has a very nice Singapore Chilli Crab. Is it worth the value? It would if the restaurant and waitresses were nicer. The rest of the dishes were also nice and presentable.

Without the chilli crab, it would only cost us around $20 per person!