There was a recent (16 June 2014) change of management to the restaurant we are reviewing this week. Sushi of Masuya was formerly known as Musashi Dining Bar. The new management preserves the former restaurant’s concept of Japanese Izakaya.

The first plate coming to our table was the Sashimi Deluxe Platter. It is only befitting that the first test for a Sushi establishment was the freshness of the fish! The types of Sashimi presented in their Sashimi deluxe platter did not disappoint. The presence of Scampi and beef tataki was a gigantic plus in my good book. They also had the ‘usual’ suspects, such as Tamago (egg), Salmon, Tuna and Kingfish. They also include a little side of tsukemono (Japanese pickles), scallops and squid with fish roe. 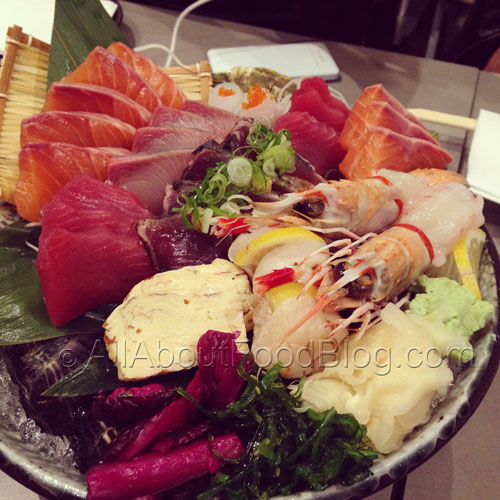 For our second dish, Deep fried salmon belly, I don’t think it requires a big introduction. The formula is quite simple: Salmon + its belly section + deep fried = happy face. Wagyu Skewer was a little bit flat and looked a bit uninteresting when compared to the previous dish. It was also a little too well done to my liking. 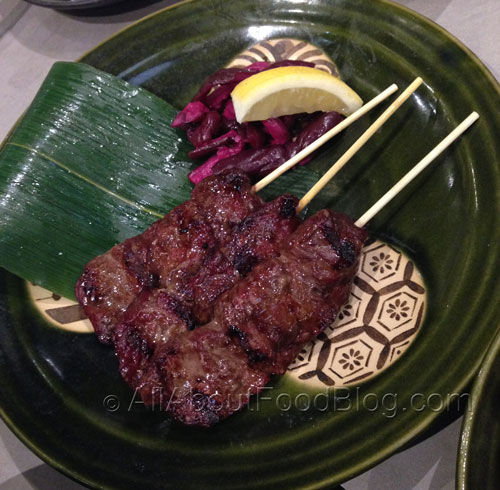 Our third salmon dish of the day was Spicy Salmon Fin. The salmon wasn’t exactly spicy by our standards but there was still a decent amount of spice. Just when you think you had enough of salmon, we had Salmon Sushi. This one was actually my son’s dinner (he loves salmon so much!). The last dish of the day, Karaage Chicken, was quite a ‘standard’ one. The final verdict for Sushi of Masuya

You should definitely stick to the Sushi and Sashimi in Sushi of Masuya.

At the time of publication (16 December 2014), Sydney was mourning because of the death of Two Sydneysiders (Tori and Katrina) caused by a gunman at Lindt Cafe Martin Place. Our thoughts and prayers to the victims and their families and friends.