I probably have mentioned this to you a while ago:  Restaurants in Indonesia normally only have one champion dish with just a couple more side dishes if you really must have it. For this reason, I have decided to review the whole city instead of a single restaurant on this occasion. It is the city of Madiun in East Java, Indonesia.

The restaurants are so far away from the word ‘fancy’, but their dishes were great and for Sydney-siders, it would cost almost nothing to eat there!

Granted that most of you might never even set foot in this city, but when you do you might wonder “What to eat in Madiun?”

Whenever I am in Madiun, I always have a list of food that I must eat while I am there. On top of the ‘What to eat in Madiun?’ list is Pecel.

Obviously, when you talk about Madiun, you can never be far away from its Pecel. There are quite a number of variations for pecel and you can easily get its paste from any Indo-Asian stores in Sydney. Generally, you have a mixed of seasonal vegetables (mostly bean sprouts and green beans) on top of warm rice with Pecel sauce. Pecel sauce is peanut-based but it tastes different than satay sauce or gado gado sauce, if you are familiar with Indonesian cuisine. Pecel is usually a bit spicy, but you can always ask the level of hotness.

However, Madiun’s pecel is quite distinct because of these two elements: Kembang Turi (Sesbania Grandiflora’s flower) and Lempeng (the cracker).

Pecel is usually presented on pincuk (a plate made of banana leaf) and enjoyed with bare hands. 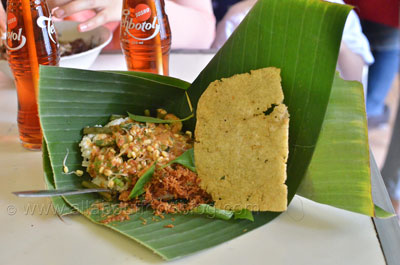 You also would normally enjoy Pecel with side dishes of empal (sweet fried beef) and jerohan (various parts of cow’s inner organs). Some pecel establishment also provides other variation of dishes such as Rawon (black beef soup with rice). You can literally find Pecel establishments in almost every corner of the city. The famous ones are located in Jalan Cokroaminoto. There are quite a few options in that street and personally I think they’re all the same. My personal favourites are Pecel Bu Wiryo and Pecel Pojok. On this occasion we went to Depot Nasi Pecel 99 because they said the president has dined there (big deal!). 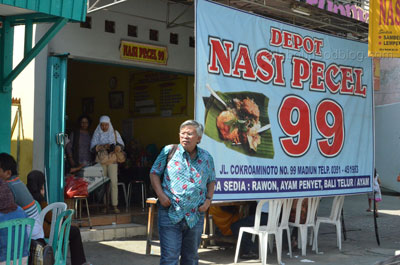 For this second restaurant, we have been patrons for as long as I remembered. Again, they only served one thing: Tahu Telor or Tahu Panggung. It is a plate of tofu fried with egg and served with rice cake and pickled cucumber. One thing that got me hooked to this dish was its peanut-based sauce. They were distinctively different, but very yummy! 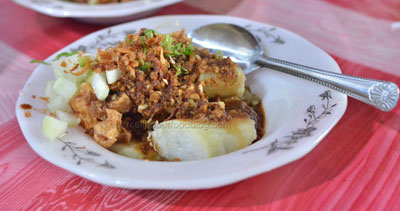 This restaurant is located in Jalan Merbabu, Madiun. Back in the days, they are simply called by the name ‘Depot Tahu Telor’. I just found out this year that they put a name in their restaurant, and now called ‘rasa tunggal’. 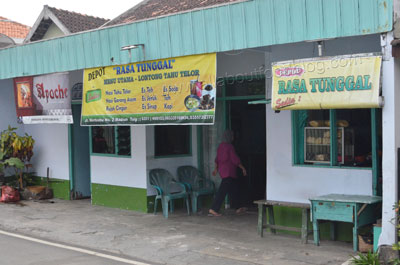 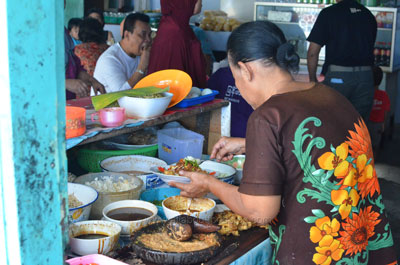 Located in the same street as Depot Tahu Telur above was my favourite Dawet Suronatan. Dawet is largely known as Cendol in other parts of the world. Dawet suronatan is famous because of its unique presentation. It was presented in a petite bowl that everyone can finish. I usually have two or more when I am there. What differentiate dawet suronatan and the rest was its content. In addition to the cendol mixture, they also put black sticky rice, bubur sumsum (rice-flour based), and tape (fermented cassava). I usually ordered the one without tape because I am not a big fan of it. 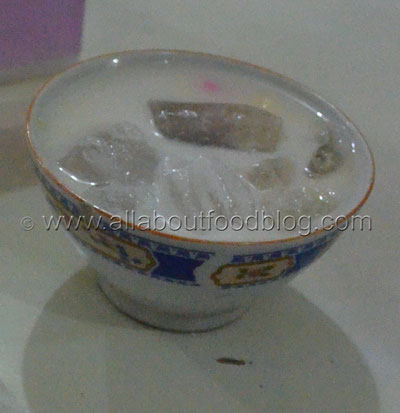 What to eat in Madiun? What other cuisines are there?

In addition to the dishes I described above, there were several others worth noting was Bakso Simo. Named after its owner, Pak Simo, we usually went there at night time. It is well known for its bakso (meatballs). Unfortunately we didn’t get to visit this establishment this time around.

Around 25km south of Madiun, there is a city called Ponorogo that is famous for its Satay. Sate Ayam Ponorogo (as Indonesian said it) is available in a lot of big cities in Indonesia, but they can’t beat the real deal from this city. Our family loves to go to Sate Ayam Ngepos. In this area, the whole street is filled with Satay stalls and you can pretty much choose anyone.

Again, what they sell is just a simple plate of chicken satay with peanut and sweet soy sauce. You can ask for a variation of satays: chicken skin, chicken giblets or the usual chicken meat. Personally, I love the ‘not-so-healthy’ ones! 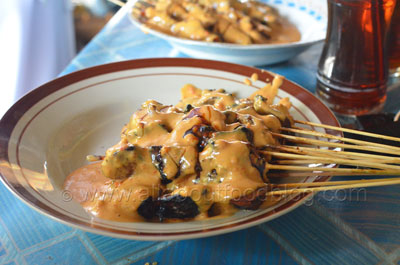 If you have time, I strongly suggest you visit the city. 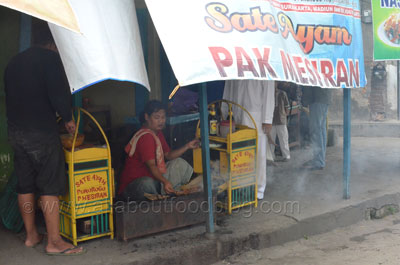 The City of Madiun

Madiun is quite a small city (by Indonesian standard) of less than 35 km2 with around 200,000 residents (that’s 20 times more densely-populated than Sydney). It is located around 180 km West of Surabaya and 180 km North East of Jogjakarta.

The city is forever written in the history as the center of the communist party uprising against the republic back in 1948.