Woodland House is a two-hat restaurant (based on 2016 Good Food Guide) located in the city of Melbourne – Prahran, to be exact. They have a 10-course, fixed-price degustation menu of $155. Since it’s quite a lengthy list, I will get on right away.

It was quite an interesting amuse bouche. Three purple paper-like things were neatly arranged on a log. We were quite hesitant to eat it at first – the risk of looking pretty stupid before we even ate anything. It felt like munching an edible paper – which was quite fun! 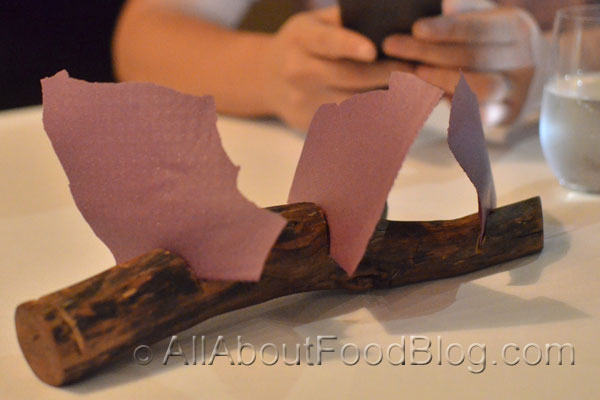 Danish and Sourdough rolls with butter

This is available throughout the course should you want them. The Danish is probably why I would want to visit the restaurant again in the future… They were just so good! 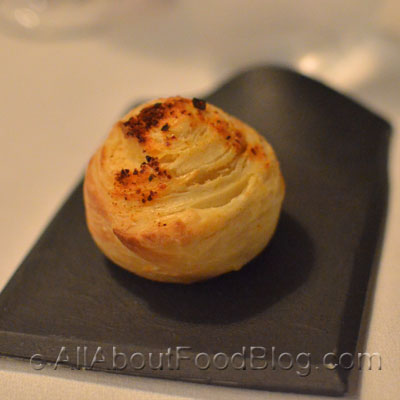 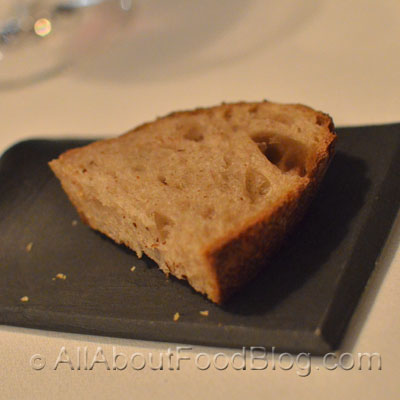 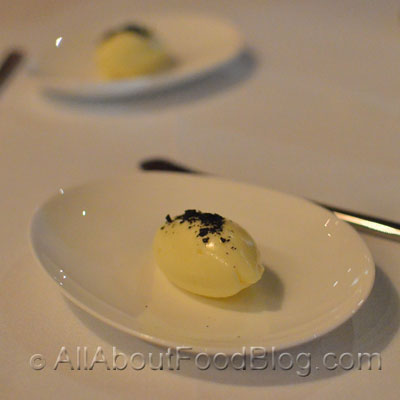 It looked like a very tiny croquette with a little kiwi decoration at the top. Expectations were quite high after this strong start. 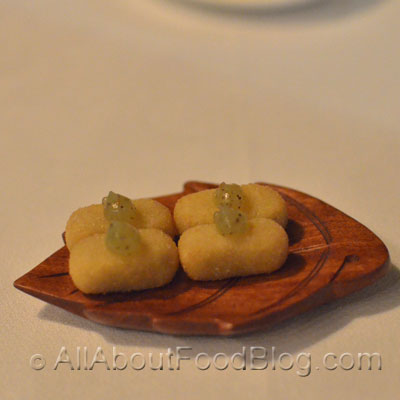 Well, nothing really wows more than having an abalone as your first course, doesn’t it? It was probably one of the best starts of a degustation course I have ever had. Having ‘abalone’ in your dish’s title usually guarantees an instant favourite. This was also my first charred (and/or grilled) abalone ever. 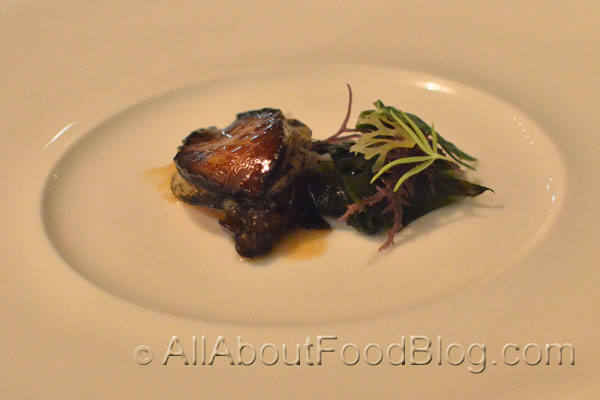 There was a bit of theatrics when the waitress poured the toasted corn sauce (?) into the plate for the second course. There was also a nice crunchy texture from the quinoa. However, it was clearly overshadowed by the abalone. Third course was quite simple and artsy. To be honest, it was quite small for my tummy to realise what it was. There was a little crunch from the veggies and a strong chicken liver flavour. The marron itself was nicely done. 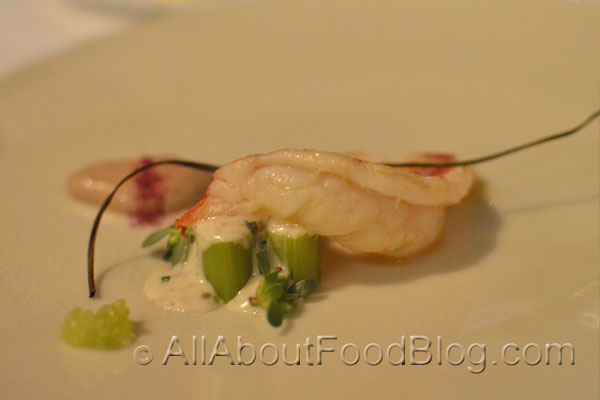 Fourth course was the in-between course. To cleanse our palate for the main course that was about to come. It was quite a complex dish with quite a strong lemon sorbet. 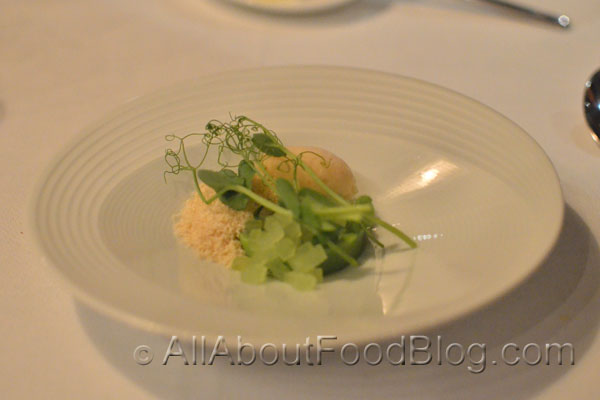 Just like the appetiser, the main course also started off with a bang. Master Kobe is the highest marbled beef that you can get, with a score of MB9+. To illustrate how special (and expensive!) it is, the plate was minimally designed with only three small slices of meat. It went really well with the miso paste and nameko mushrooms. 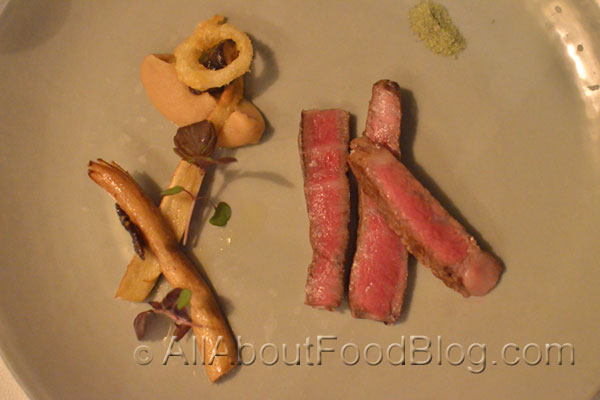 Despite boasting quite a number of native Australian ingredients, this sixth course was a miss for us. The dish was quite bitter and very sweet… quite interesting I must say, but unfortunately it was a bit too strong for me. 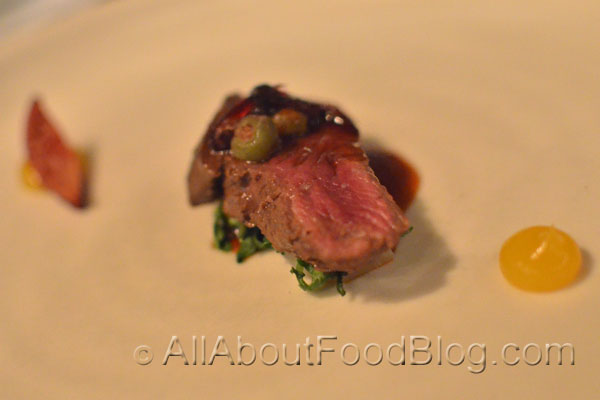 It was nice to see carrot in the same plate as rabbit. The polenta could use a bit more crunch, but it wasn’t as disastrous as the previous one. However, given that the standard of the first few dishes were so high, this one was more on the ‘average’ side. 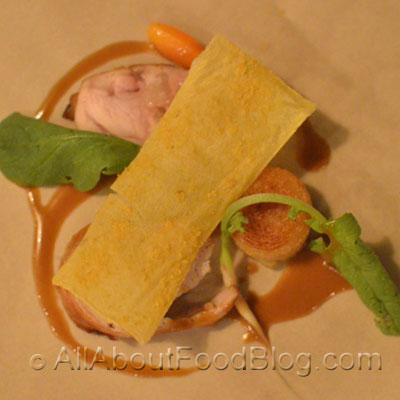 We had a doubt about what was actually in our dish. It was listed as above, but couldn’t work out the walnut and apple cider in the dish. It was quite a heavy one before desserts… or was it a savoury dessert? 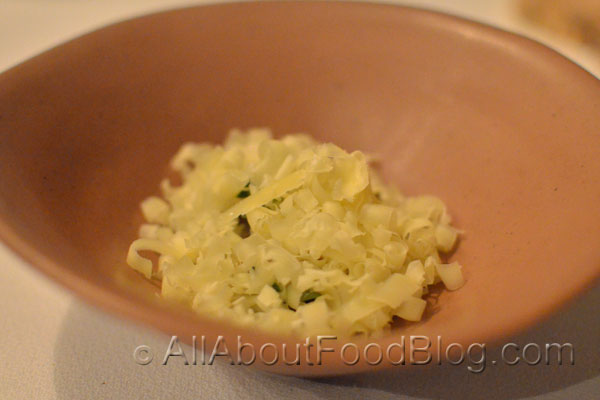 Having a fairy floss was always fun. Although I’m not really sure how you eat the fairy floss with flan and toasted rice. It was more of a decoration than the integral part of the dish. 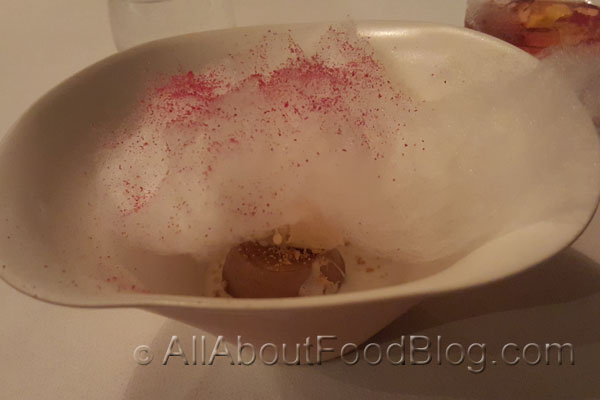 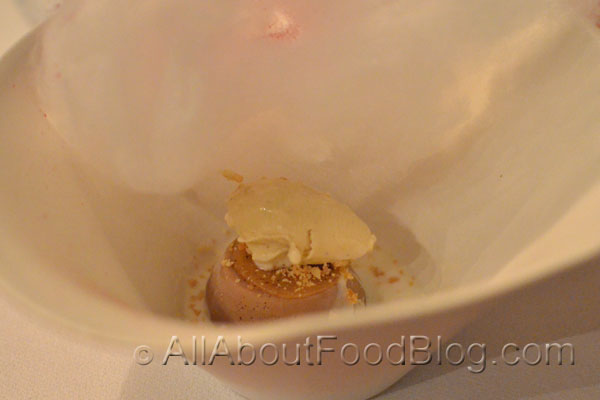 Now this is a dessert which elements worked really well together. There were quite a lot of elements that were in-sync. It was cold, slightly spicy, crunchy, sweet and sour at the same time. 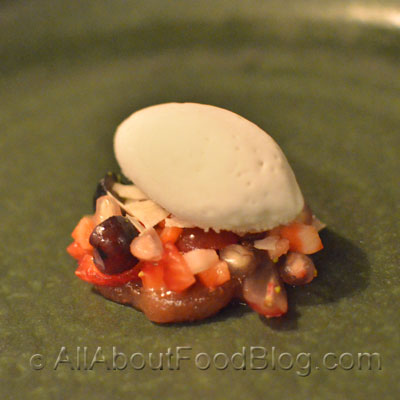 They also gave us three kinds of petit fours: a jelly, nutty chocolate, and something that looked like dutch pancake. 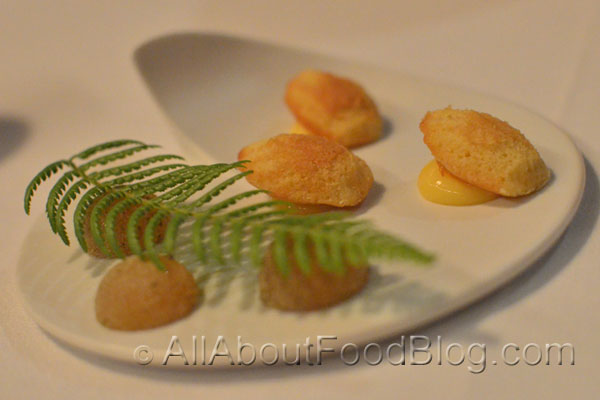 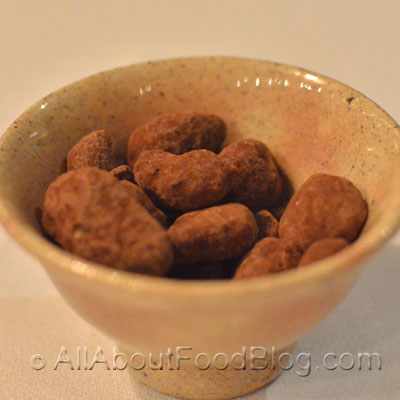 The final verdict for Woodland House

Woodland House showed some flashes of brilliance in their 10-course degustation. However, it was apparent why they fell short of their third hat. Specifically, the sixth course, kangaroo, was a tad too adventurous for us.

They also serve vegetarian degustation menu that I have uploaded to our facebook page. The price for 10-course vegetarian menu is $140. 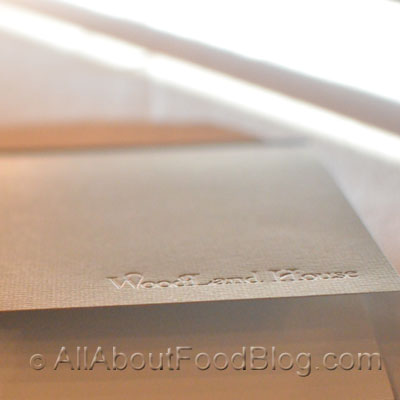