Chef Hiro, Omar and their team at Hicksons Izakaya invited us to try the food at this fairly new restaurant at Walsh Bay. We went there at lunchtime during the festive season. We were lucky as the weather was quite friendly at that time. It could get quite hot and steamy in the area as I have experienced in the past.

Considering that it’s an izakaya, they mostly served tapas-style Japanese food and sushi/sashimi platters. They also serve substantial bento boxes and main dishes if you feel a bit peckish. A nice, sweet and cold sake is what you need on a hot Sydney summer. I love scallops and it’s no surprise that the first dish that I ordered was seared scallops. The scallops were seared perfectly. They also had a very nice honey ponzu sauce. Just like the seared scallops, the bonito fish was also seared delicately. The beef stew bento had a similar composition, but the main dish was beef stew instead of teriyaki chicken. Salmon fillet was probably the best main dish of the day. It went really well with the sauce provided. 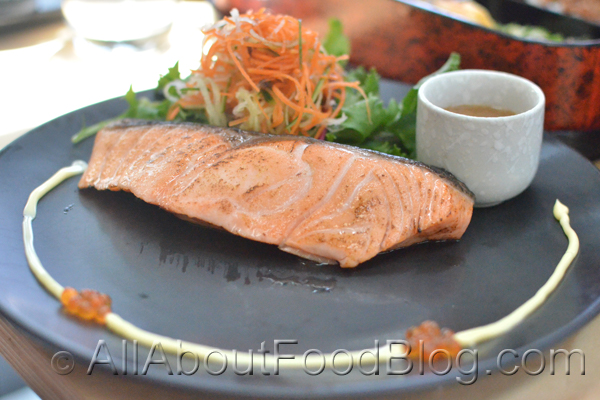 As you probably know, I am not the biggest fan of chocolate. However, I was quite intrigued by the fact that they made a chocolate sushi roll!

We quickly found out that we had to fight over this sushi roll because it was so good. 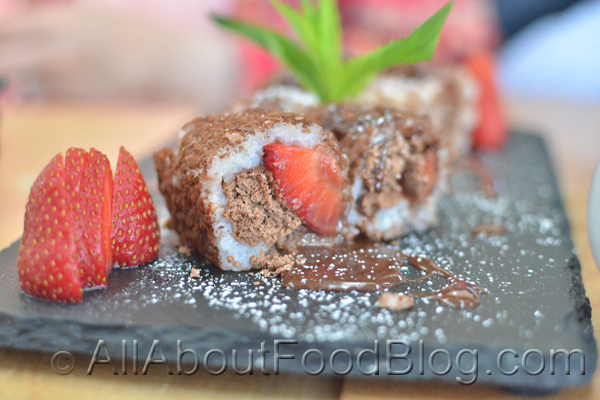 For this dessert, it was just a simple couple of scoops of matcha ice cream.