This week’s restaurant is located in the most posh mall in Jakarta Indonesia, Grand Indonesia. Ninety-nine restaurant promised a casual-yet-exclusive place with a rustic feel of European setting. Expectedly, it was nice-looking but I couldn’t shake out the feeling of being in a food court, a pricey food court. The menu was designed to capture all (too many!) interests: from European to Seafood to steak, they also have Indonesian and Chinese food. 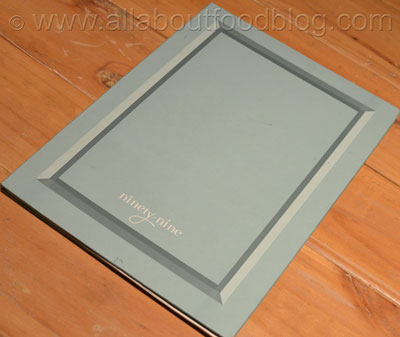 How is their food? Our first two dishes of the day were the entrees: Breaded Onion Rings with Mayonaise and Tomato Ketchup and Mushroom Fritto Misto with fried garlic and chilli salt. We were really blown away by them. The onion rings were very crunchy and perfectly matched with the condiments. The assorted mushrooms were even better! I liked how they combined different mushrooms to create an interesting assortment of textures. 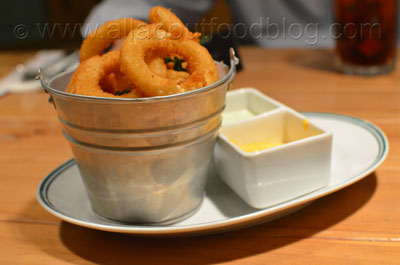 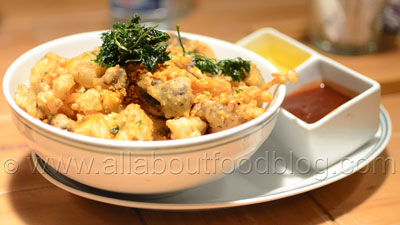 The next two were from the seafood section of the menu. There was an interesting combination for the Grilled Norwegian Salmon. It was served with tomato and mushroom butter rice and lemon sauce. The other one was Dory fillet with almond thyme crust, leaf spinach, whipped potatoes and lemon caper butter. 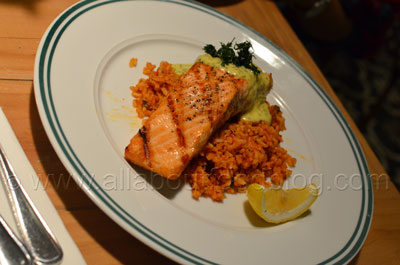 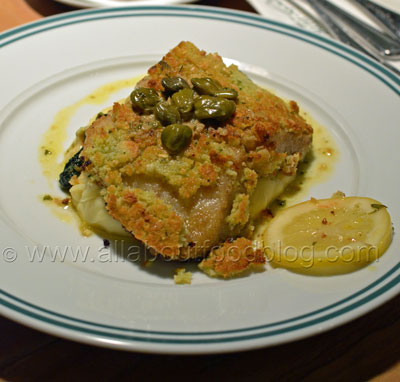 My father decided to go with Indonesian’s traditional Sop buntut goreng. It was a clear vegetable soup with fried oxtail and emping (crackers from gnetum gnemon). There was also the Hainan poached chicken – I must say it looked pretty standard when compared to Singaporean ones. 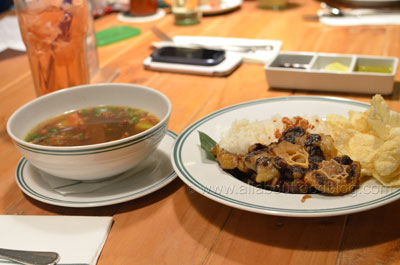 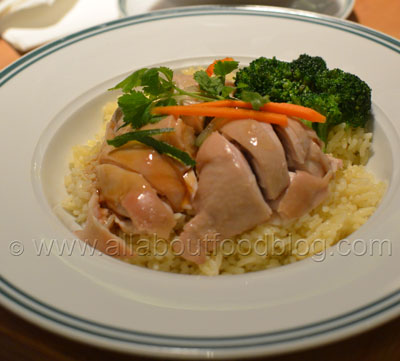 The last dish of the day was the one I actually ordered. It was Croque monsieur. The sandwich was pretty big by Indonesian standard and it was grilled beef ham with swizz cheese and mornay sauce. This is one of the dishes that I could only eat in Indonesia, because the real croquet monsieur was typically served with ham. The sandwich was delectable! It was crunchy, tasty and add an extra tomato sauce if you want to enhance it a bit more. 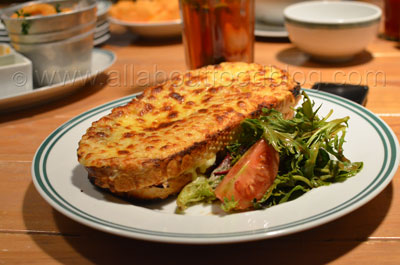 The final verdict for Ninety-nine Restaurant

There are some issues that restricted me in giving a higher score to Ninety-nine restaurant. The obvious one was its price! It was seriously expensive for the food court setting. The food was generally nice with a decent serving.