If you are planning to visit, it’s probably better to go there by bus, because the location is right at the end of Paddington and just before the centennial park. On this occasion, we selected the Chef Selection Banquet for $55. They also have the $70 version of the banquet. Without furder ado (because there are a lot of dishes to cover!), here they are:

The first dish was a staple in quite a lot of Japanese restaurants: edamame. It was plain and simple. I think croquettes are more of a Japanese dish than Swedish. It was quite a delectable dish. From the name you can guess that it is a Japanese dish. It was another light and easy dish. I’m not quite sure why they chose to serve another edamame. If they chose something like Smörgåskaviar for the dipping sauce that would have been an awesome dish! I think this is the first dish that has a hint of Swedish with the introduction of vodka and lingonberry jelly. However the main is still heavily influenced by Japanese/French flavour. These are the staple food to fill our tummy in. 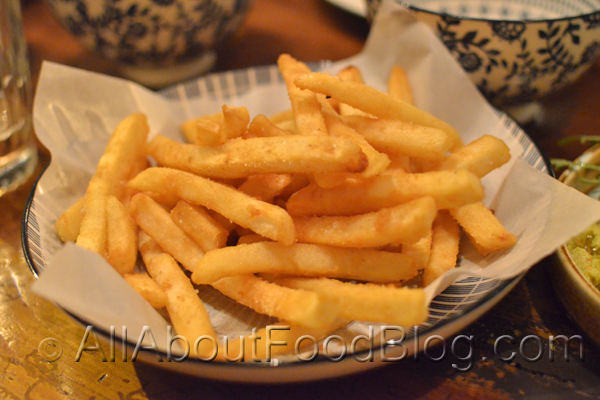 The Japanese fried rice was actually the last one to come in. Salmon could easily be a Swedish dish. However, once again the Japanese influence was more prominent in this dish. I think this is probably the one dish that could represent Swedish dish. The pickled vegetables and mashed potatoes are a nice addition to it. Salmon fish fingers and chips – $12.90
This is not part of the dish. I included this because it was our little one’s dinner at that time. The final verdict for Sven-san

There seemed to be a lot more Japanese influence in Sven-san’s banquet dishes than the Swedish dish. It would be interesting if it could be more balanced.

Do you think I should go?
Their regular menu looked pretty interesting and I would suggest you try them.