Our review this week came from a Japanese izakaya restaurant, called Toko. The restaurant is located in a busy suburb of Surry Hills in Sydney. We were there to celebrate one of our friends’ birthday with a set menu, Matsuri Banquet Menu. There was quite an extensive list of items in the menu. There is nothing out of the ordinary to talk about here. It was just a regular edamame. 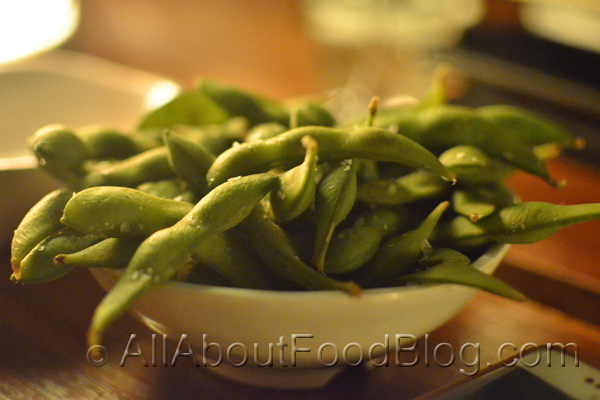 It was another quick munch-and-devour dish that was not memorable enough. This venison was the first dish that we took notice. It was quite a spicy dish. The potato airbags gave an added crunch to the dish. It was supposed to be the dish that would bring the wow factor. Instead, we were given the usual sashimi: salmon, tuna, kingfish, scallop, and snapper. To make things worse, we didn’t think the tuna and scallop were sashimi fresh. 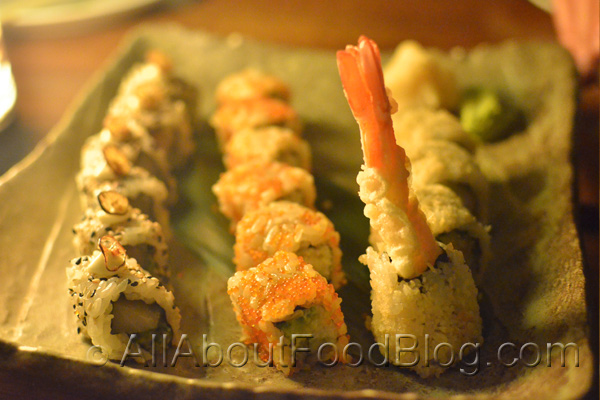 Despite the word ‘spicy’, the tofu is nothing but spicy. The venison was actually more spicy than this one. The tofu was also quite dense. It was a very ordinary prawn tempura. Each one of us only got ONE mediocre prawn. Despite being only one stick of zucchini, this robatayaki was actually quite enjoyable. Personally, I think this dish was the best for the night. Unfortunately, we had to share this salmon amongst the four of us. It was just my luck that I was also the only one getting fish bone in my piece. We wereIt was a deboned spatchcock. The glazing was almost similar to the salmon. The dessert platter was the saving grace for us. There were quite a lot of elements on it – basically it was all of their desserts lumped into one. The desserts on the plate were rhubarb crumble, pannacotta, fondant, three types of ice cream and assortment of fruits. 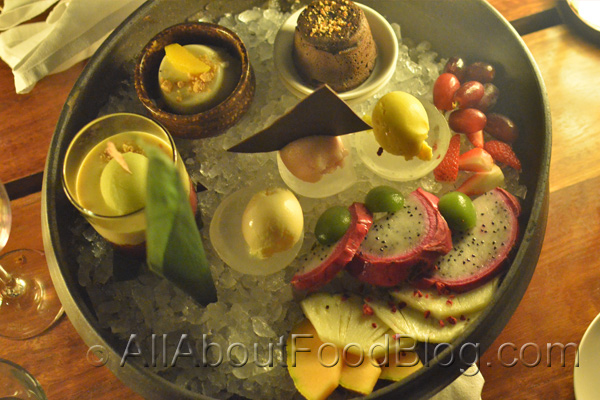 Considering that they are an izakaya place, their drink menu was pretty good. It is quite sad that this amazing venue was majorly let down by its subpar degustation selection. The king salmon and dessert platter were the ones that saved our night.

The group has three restaurants in Australia. One of them is also in Sydney, called Tokonoma, and the other is in Melbourne.