On this occasion, our family went to Solo to attend a big family reunion from my father’s side. This week’s review is probably a little different because instead of roaming through the city of Solo, our host already prepared the best food Solo had to offer in their place (or more like a palace ^^).

For those of you who have never been to the city, this article can probably help you to answer “What to eat in Solo?”

Tengkleng is one of the few dishes originated from Solo. This dish resembles Indonesian goat curry with additional internal organs thrown in the mix. Bebek remuk is loosely translated into smashed duck. It wasn’t that pleasing to see.. considering that it looked crushed up with bones everywhere. You actually need to scoop up the meat that falls off the bone.

Bebek Remuk H Slamet has quite a few branches spread around the city of Solo. 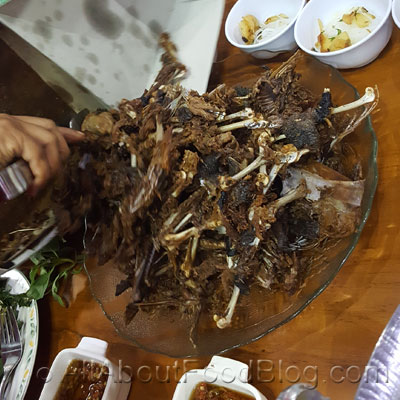 Soto in the city of Solo has a similar appearance to a clear soup. Personally, the main attraction in Rumah Makan Gading II for me is the little bites that are served on the table (no you don’t need to finish them all!).

Also, don’t forget to remember what you are eating, because they do not keep track of it.. thus your honesty is appreciated here! 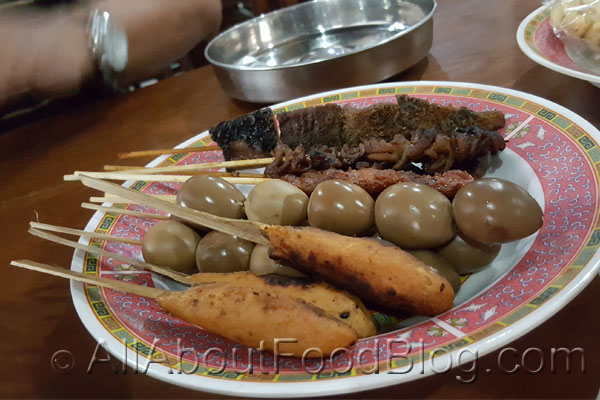 Shi Jack was one of the more interesting phenomena in Solo. Quite a lot of people in Solo likes to hangout in a street stall and drink milk at night! There are quite a few Shi Jack branches in Solo. We happened to visit their branch in front of Lapangan Kota Barat in Solo. In addition to their milk products, they also serve snacks such as quail egg satay. 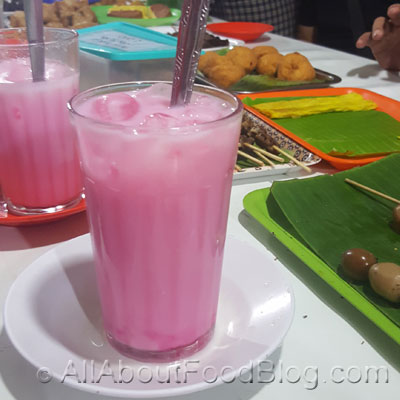 What to Eat in Solo? What else is available on this Solo Culinary Tourism?

I enjoyed my time roaming through the traditional market of Solo, Pasar Gede. There are quite a lot of things that you would not be able to find in a supermarket, including traditional herbs and medicines. While we were at the market, we managed to try Dawet Selasih Bu Watik. This rice-flour-based dessert, also known as Cendol, was pretty refreshing in a hot weather of Solo. A lot of people also goes to Pasar Gede to find some food to be given out as souvenirs (it’s normal to give souvenirs in the form of food in Indonesia). 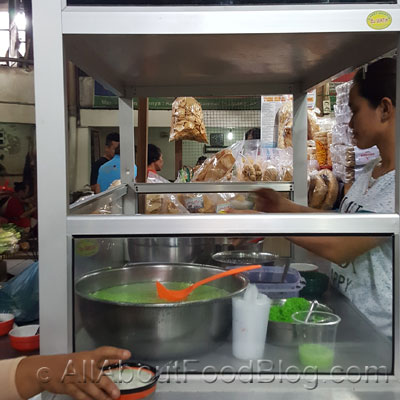 Srabi Notosuman is one of my favourite snacks. It is now available in other parts of Indonesia, but Solo is where it all started! Nasi liwet is available everywhere in Solo. On this occasion, we had the one served at the party in Solo Paragon Hotel. There are quite a few dishes that I tried whilst in Solo, but unfortunately I wasn’t able to take individual pictures. In no particular order they are: Gudeg mbak Yati, Ayam Sukoharjo mbak Yuli, sate ayam pak Tukri Ponorogo, Selat Solo and Gempol Pleret. What is Culinary Tourism?

Indonesians love to eat (including me). Their overabundance love of food enables them to create a whole new phrase dedicated to the journey of finding good food. Hence, the term ‘Wisata Kuliner‘ was born. It was hard to find the English phrase for it. However, after brainstorming session with my friends, we decided to use the term ‘Culinary Tourism’ to describe this phenomena because someone has written a thesis about it.

The City of Solo

Solo, or officially called Surakarta, is located in Central Java, East of Jogjakarta. One of their main attractions, besides the food obviously, are the palace of Kasunanan and the traditional Batik Solo.