Good Food Guide 2018 introduced a massive change where instead of statewide list, it is now a National list. Hence, the winner might not necessarily be from New South Wales.

The winner of this inaugural format is Attica in Victoria.

Other Awards in this year’s Good Food Guide 2018

Best new restaurant of the year is Saint Peter in NSW by Josh Niland. They are coming in to the list as a two-hat restaurant.

Daniel Puskas from Sixpenny in NSW has won the Chef of The Year award. Sixpenny is a two-hat restaurant.

The Agrarian Kitchen Eatery & Store in Tasmania was awarded the Regional Restaurant of the Year in 2018. Its head chefs are Rodney Dunn and Severine Demanet.

Young Chef of the year award was given to Kylie Millar from Attica in Victoria.

Food for Good award was given to Orana Foundation in South Australia. This award combined innovation, charity and sustainability.

If you want a good wine, you should go to Aria Brisbane in Queensland as they won this year’s Wine List of the year.

Sommelier of the year went to Raul Moreno Yague from Osteria Ilaria in Victoria.

Best Bar Food can be found in Bar Brosé.

Best Bar is Arlechin in Victoria.

Regional Wine List of the Year went to The Summertown Aristologist in South Australia.

List of NSW restaurants with hats in Good Food Guide 2018

There are only two restaurants in NSW awarded with three hats as listed in the Good Food Guide 2018 website: 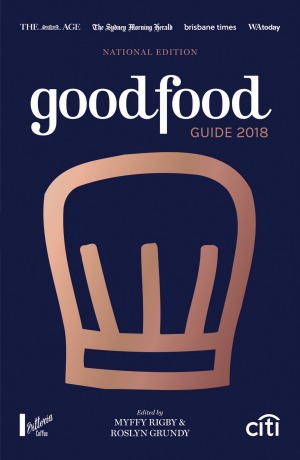